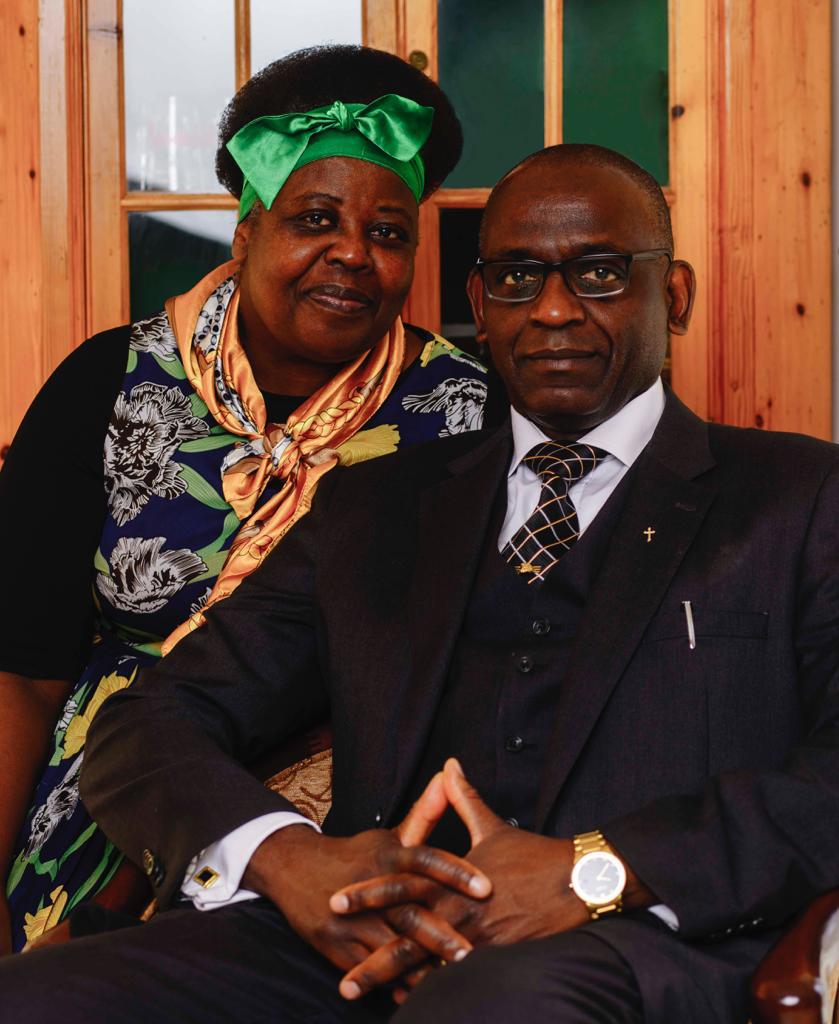 Born on 14 February 1957, in Mutare Zimbabwe, within a background of a very religious mother and grandmother, Pastor Joseph Chikosi received his personal experience with the Lord in 1977. He received the baptism of the Holy Ghost and fire like a rushing mighty wind just as on the day of Pentecost. Immediately he began to witness and preach the gospel of salvation by the Lord Jesus Christ in trains, buses, markets and at schools as he was a teacher. The Holy Ghost graciously led him to the End Time Message preached by the Prophet, William Marrion Branham. He was greatly blessed and enriched by the anointed ministry of this End Time Prophet and he grew fast in Grace.

In 1980 he got married to sister Annie and they were blessed with seven children. He served the Lord in his local church as a song leader and a deacon. In 1981 Pastor Chikosi was led to leave the city of Harare to establish a church in Mutare. In 1987 he built and dedicated Bible Believers Tabernacle in seven months. His ministry was accompanied by deliverances, healings, signs, wonders and miracles. In 1989 his church in Mutare had a great visitation and a Holy Ghost revival that changed many lives. Many received the baptism of the Holy Ghost. Divers gifts, discernment and manifestations of the Holy Ghost followed this revival. Many sister churches sprang up from this revival and even across the border into nearby Mozambique. He ordained many ministers. He traveled much as his evangelistic ministry compels him. He organised and held many Conventions, Youth Camps, Special meetings and Married Couples meetings where hundreds of lives were touched and changed by the Holy Ghost.

Pastor Chikosi later relocated to Harare where he established the Bible Believers Harare church in Highlands. Today he is the founder and Pastor of End Time Evangelism Ministries in Sheffield, United Kingdom. He remains an overseer and senior pastor of the other two churches that he established which are now fully under the care of associate pastors. Pastor Chikosi is a seasoned and mature minister, an elder and apostle indeed besides being a very gifted Convention speaker with a worldwide ministry. His desire is to see established, a personal relationship between the Lord Jesus Christ and the believer by the indwelling Holy Spirit and fullness of the riches of his word. God bless you as you follow his God given ministry. Faith comes by hearing and hearing by the word! Amen!